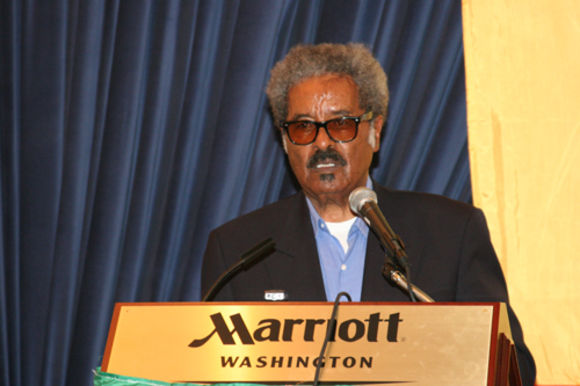 On 10th October 1991, few months after the TPLF/EPRDF led rebel (terror[i]) group took over the power in Addis Ababa, Prof. Mesfin Woldemariam, a retired Professor of Addis Ababa University saw how the new regime dealt with citizens in ferocity with iron fists. He foresaw the brutality they may unleash upon Ethiopians and spearheaded the establishment of Ethiopian Human Rights Council (EHRCO). EHRCO was created legally and obtained its certificate to openly advocate for human rights regardless of the harassment and persecution of its activists and members, including the life of its Executive Member, Assefa Maru. It started educating the people about the rights, published hundreds of accounts of atrocities committed by those in power and gained credibility both at home and internationally. For his action, Prof. Mesfin Woldemariam paid dearly to the extent of being jailed for speaking up for human rights and bear long term hunger strike for his rights. This took place following  his addressing of University students along with Dr Berhanu Nega on human rights.
One of the tried and proved methods of destroying national institutions of the country by the current regime in Ethiopia is cloning organisations in its own image, to replace the genuine ones. In order to silence EHRCO, it had to create a surrogate fake human rights organisation to destroy the genuine one. At the time, Professor Mesfin Woldemariam saw it as a good step by the “government” because he thought that would give them a chance to learn how to respect human rights. Many of us who knew the true colour of TPLF from inception to maturity rejected the idea since we know that was just a new trick to undermine EHRCO. Our fear became a reality.


To know the nature of TPLF one does not need to be a rocket scientist. Cloning fake organisations is its best art of deception of the international community. It just did that with Confederation of Ethiopian Labour Union (CELU), Ethiopian Teachers Association (ETA) and many others. Therefore, when the regime in power realised that it could not carry on committing crime against humanity while EHRCO was around, it decided to clone its own “Human Rights Organisation” that would exactly sound like EHRCO in violation of patent and copy rights law. On 4th July 2000 (it looked like to deliberately match the Independence Day of The USA), the dictatorial tribalist regime created its own “human rights organisation” with fanfare - The Ethiopian Human Rights Commission by proclamation No 210/2000[ii]. At the time of preparation for the fanfare, the Ethiopian Diaspora received lists of invited guests from all over the world including Rt Hon Betty Boothroyd, the Speaker of the House of Commons in the UK. The exiled Ethiopian community activists prepared a dossier containing catalogues of atrocities committed by the regime in Addis Ababa and sent it together with a letter to each and every person on the list pleading to boycott the fanfare. We succeeded! We received letters from hundreds of invitees, including Ms Boothoryd confirming that they would not be setting their feet on the soil where such fake event was going to take place.
If there had been justice in the land, EHRCO would have legally challenged the creation of another “EHRCO” and forced it to change at least the name to something “appropriate”. Unfortunately, that did not happen. The true EHRCO’s money was confiscated and their legal existence restricted.

Among the five fascistic rules edited by the regime one can find “The Charities and Societies Proclamation law (CSO law)” a “repressive new law which could criminalise the human rights activities of both foreign and domestic non-governmental organizations (NGOs).”[iii] This law gave the right to hit EHRCO, forcing it to drop the word “Ethiopian” from its name to become hrco as it “would confuse the public” with the “legitimatised” extended arm of Human Rights abusers – The Ethiopian Human Rights Commission. Ever since its creation, the cloned “EHRC” (thanks for dropping the “o”) has not exposed a single crime committed by the regime apart from attempting to protect the dictatorial regime’s action which have been systematically exposed by Amnesty International, Human Rights Watch and other credible human rights organisations.


Now, EHRCO reduced to “hrco” penniless and powerless, the regime went on editing laws after laws that curtailed human rights. The Press law and Broadcast Proclamation No. 533[iv], the CSO law and new “anti-terrorism law”[v] have successfully gagged the press and silenced the opposition. As per Amnesty International’s report reveals, “Thousands of protesters, political party leaders, journalists and human rights defenders were arrested and detained following the disputed November 2005 elections in which the ruling Ethiopian People's Revolutionary Democratic Front (EPRDF) retained political power.” While we hear the domestic and international cries against the gross violation of human rights in Ethiopia by the EHRC’s creators, we have yet to see or hear a word against these crimes from EHRC but to the contrary defending the perpetrators.

Just reading pages of Committee to Protect journalists reveals horrific miscarriage of justice against journalists[vi]and opposition activists. Eleven journalists including Eskinder Nega, Reeyot Alemu and Woubshet Taye have been convicted under Anti-Terrorism Law and serving up to 18 years jail sentence. Andualem Arage, Nathnael Mekonnen, Mitiku Damte, Yeshiwas Yehunalem, Kinfemichael Debebe, Zerihun Gebre-Egziabher and many others opposition members are also sentenced up to death under the same laws but EHRC justifies that by silence. 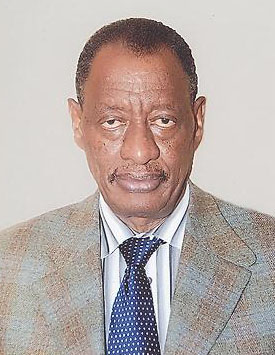 EHRC is led by none but an official of the dictatorial regime appointee Ambassador Tiruneh Zena. He may be wrapped up in a designer clothes but one can read from his eyes there is nothing kindness in them that is crucial for one to stand with the victims. While EHRC is silently watching, hundreds of thousands have been evicted from their birth place and their farm land sold to global agro-conglomerate[vii]. The Human Rights Ombudsman Commissioner’s eyes cannot see injustices perpetrated against innocent people, he doesn’t want to know or hear cries of victims of those who hired him to sit at the helm of the cloned organisation as human rights commissioner. He wouldn’t want to know why thousands are rotting in jail, why millions are flooding into exile. He occupies the office and gets his salary for silence. Now he is seeking legitimacy from the United Nations for his excellent job of turning blind eyes on the atrocities committed right under his nose[viii].


The need to be accredited by the United Nations gives the Commissioner and his bosses two advantages. From one angle, he may seek funding to keep his inactive office alive and may even share the money with his bosses. On the other hand he would try to claim recognition for silence on human rights abuse in Ethiopia as legitimate. This would undermine Amnesty International’s and Human Rights Watches Reports. If he succeeds, Zena would be awarded with a medal of the highest honour in the country for his service in the violation of human rights.
This writer would like request all peace loving members of the international community, every Ethiopian in exile and all human rights organisations throughout the world, to take up the matter with the UN and demand justice for the victims by preventing the imposter from taking up a seat in the UN and succeeding in fooling that prestigious organisation. The AU had turned into dictators club, but there is time to the reputation of UN from becoming the next. Individual victims, who have left their loved ones behind and went into exile, may flood the United Nations with letters requesting to block the application of the fake human rights organisation. When you write the letter to the UN, make sure you copy Amnesty International and Human Rights Watch. Let these two credible organisations know what the sneaky dictators are about to achieve and also let them know that we do thank them for exposing crimes committed in Ethiopia against innocent people and continue discharging their duties as they are the only hope we count on to stand with the victims of dictatorship in Ethiopia.


Please send your protest letter to the following addresses:

Posted by Wondimu Mekonnen at Friday, October 05, 2012 No comments: