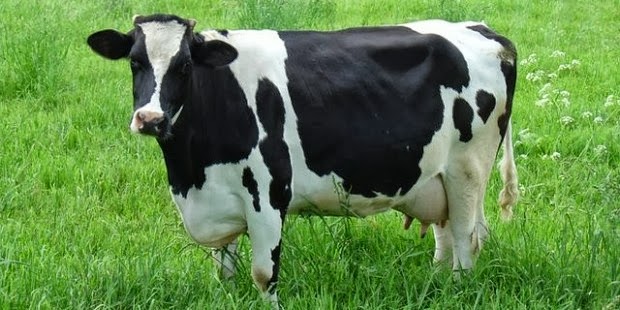 Recently, someone one visited Britain from home on business tour and entertained us with an amusing story of Lamie Bora, the fictional character in the children’s stoy. Woyyane officials call us, Diaspora Lamie Bora (ላሜ ቦራ)። Are we really that “milka-cow?”

I am sure everyone who went to school in Ethiopia at my age knows the children story of Lamie Bora. Lamie Bora is a very touching story. The story goes like this. A dying mother entrusts her two children unto a cow, called “Lamie Bora.” Just before she died, she sung to the cow: “Lamie Bora! Lamie Bora! I leave my children’s wellbeing to you” (ላሜ ቦራ! ላሜ ቦራ! የልጆቼን ነገር አደራ). After a while the children’s father remarried another woman, who turned out to be a cruel stepmother. Every time she denied them food, the two children would go to Lamie Bora and sing “Lame bora! Lamie Bora! Don’t forget Mammie’s plea (ላሜ ቦራ! ላሜ ቦራ የእማምዬን አደራ!) Then Lamie bora would let the children suckle directly from the tits on her breast. Lamie Bora is supposed never to stop giving milk all year round.
This story is now retold among Woyyane agents referring to Diaspora as Lamie Bora, for the simple reason that when-ever Woyyane runs out foreign currency it runs to the Diaspora – a cow full of milk all the year round. Every year, Woyyane officials fly to London, Washington and other major cities of the world, where exiled Ethiopians live in abundance with the hope of harvesting cash from the unsuspecting Diaspora – the cash cow. Their embassies have been instructed to implement the design for the purpose using various tactics. One such means is the Millennium Dum, (sorry I meant Dam), development associations, “Investors” and the recent 40/60 formula to own a house in Ethiopia! Recently, one of our church clergy renegades went for it, but fell out with the guys doing the business on some procedural grounds.
A good way of milking the milka-cow is to organise the Lamie Bora’s along their ethnic blood lines – such as the ‘Amhara’ Development Association, the Guragea Development Association, etc. This time, it is the ‘Amhara’ Lamie Bora’s turn to be milked in The Queens’s capital city. The fake ‘Amhara’s (ቁጩ አማሮች)[1], are used as tools for the purpose. You rarely find any ‘Amhara’ among their leaders. Their organisation, The ‘Amhara’ National Democratic Movement (ANDM) was found in November 1980 in Tigray, at a place known as Tekrarwuha. The mission of ANDM - It’s all about shutting down the ‘Amhara’ threat. ANDM was the favoured puppet organization. They leadership was made up of various ethnic groups, but ‘Amhara’! They were then and are now actually predominantly Woyyanes disguised as Amaras. They are all fake-fake-fake to the root third rated ‘Amharas’. Take for Example, Bereket Simon. He is a Shabbo-banda whose mother and father hail from Eritrea.  Hilawi Yosef is either a Tigre or a Shabo-Banda like Bereket, but has no drop of ‘Amhara’ blood in him. Tefera Walwa is a Gimira. Well at least Gimira sounds like ‘Amhara’. The only ‘Amhara’ thing in Addisu Legesse is his name. He is an Oromo from Harar. Did you know who Tamirat Layne was before he became Tamirat Layne? His real name was Getachew Mamo Waqkenie. Go and figure out that. Tadesse Tinqishu, regardless of his beautiful name, is a Tigre? Is Kassu Ilalla sound ‘Amhara’? Give me a break! All the ethnic based organisations, except the TPLF were formed using the same formula. Their extensions in the Diaspora are called “development associations” followed by the appropriate suffixes. The “associations” are kind of support groups for the “forged” ethnic groups.
Coming back to the Lamie Bora story, the fake ‘Amharas’ in London are organised under “‘Amhara’ Development Association – UK”. Do you want to see, who they are exactly, from their 2011 fund raising event? http://www.youtube.com/watch?v=8fmeHCLPgpU. Those of you who reside in London should be able to tell who is who in that video. The majority are Tigres, followed by Jamaicans and then some hod-aders like Yalew Kebede. Gondares have yet to tell us about the ethnic background of Yalew Kebede. Could he be another fake ‘Amhara’ like Bereket from Gondar?

This year, Lamie Bora – Diaspora is planned to be milked on 28 September 2013 at the Ethiopian Embassy. The entrance fee is free. Why not invite ourselves to the abundant food and drink? Oh, one more thing. Where are they advertising their event? Not of course mainstream websites, but Tigrai Online. This is yet another proof that this is another Woyyane organisation camouflaged as ‘Amhara’s! See for yourself. http://www.tigraionline.com/’Amhara’-ada-event-uk.html

The forged Amaras are disgusting who trade in the name of ‘Amhara’ to milk the Diaspora, to fill in the never quenching thirst of Woyyane for hard currency. It looks like its recent attempt to milk Lamie Bora did not work at fund raising events for the millennium dam, so they are punishing their Ambassadors for failing to trap Lamie Bora - the milka-cow. Many lost their jobs this week. May be the 40/60 formula for owning a house in Addis might attract some fools to sacrifice their hard earned currency. The idea is the Diaspora would pay 40% down payment in hard currency. The 60% would be lent in birr by the TPLF. Don’t you even think of owning the land on which the house is going to be built. It belongs to the TPLF. Whenever the TPLF wants the land, it will ask you to carry away your bricks and mortars as the land is needed by the landlord to be sold to foreign investors!

The Diaspora has to cease being treated like Lamie Bora. It has to distance itself from these corrupt and human rights abusers. Whenever one needs to do business with the TPLF, it is that person’s morale obligation to remember prisoners like Reyyot Alemu, Andualem Arage, Eskinder Nega, Nathnael Mekonen, Kinfemichael Debebe, Yohannes Terefe, Shambel Yeshewas Yehunealem and Andualem Ayalew, tens of thousands of members of the Oromo ethnic group and the illegally imprisoned Muslim leaders.
The Woyyane is a No. 1 corrupt regime in Africa. One would better avoid dealing with Woyyane at all levels unless that person wants to be milked dry. One can invest his/her money elsewhere, where a good return is expected without risk of being fleeced. The least, if you don’t want to invest, just drink your own milk rather than giving it to the Woyyane. Even some cows have become smarter and drinking their own milk rather than giving it away. Don’t you believe me? Watch the next clip!

Good for you, cow! Well done! You are much better than some Ethiopians that are regularly milked dry by the Woyyane!


[1] See my Amharic Article at: http://ecadforum.com/wp-content/uploads/2010/11/QuTchu_Amaras.pdf
Posted by Wondimu Mekonnen at Friday, September 27, 2013